He Says He Isn’t Intuitive…BUT 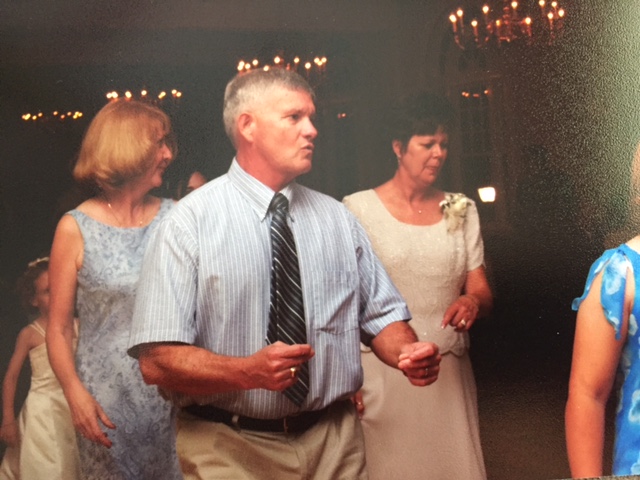 My dad will tell you he’s not intuitive. But he is. He just doesn’t know HOW he is. Dad and Mom on the far left of the photo

My dad is a physical intuitive. He uses his lower chakras (unknowingly) to gather information about what others around him are feeling. And since he’s a healer – even though he’ll tell you he isn’t – sometimes he takes on symptoms of those he loves. (Of course, that isn’t healthy, and he needs better boundaries, but Dad is not about to listen to me on that one. Remember he doesn’t even think he’s intuitive!) He doesn’t think he’s intuitive, but he does think he can dance. Scary!

It’s a really cool (and common!) type of intuition. In fact, I believe almost 100% of us have this intuitive gift – we just don’t recognize it, so we take medicine for headaches and stomachaches and backaches that aren’t even ours!

If you feel like this may be the case for you, then read THIS!

Here’s an interview with Cyndi Dale with you in case you’d like to understand more about your chakras – we have more than 7 – and perhaps learn more about your own intuitive gifts…because even if you say you’re not intuitive, you ARE!

An Interview with Cyndi Dale

Healers know the chakras as the seven key energy centers in the body that govern our physical, mental, and spiritual well-being. A teacher who has earned worldwide acclaim as an emerging authority on the chakras, Dale views the chakras as amazingly versatile gateways to spiritual growth and realization of our most important life goals. Here she talks to us about the innovative twelve-chakra system she teaches in her first audio learning course, Advanced Chakra Wisdom.

Sounds True: Most people teach about the seven primary chakras, but you work with a system of twelve. What are the other five, and why are they important?

Cyndi Dale: People are familiar with the “normal” seven chakras, but there are dozens if not hundreds of charkra systems. If you study Tantric, Yogic, and Hindu history, as well as Chinese medicine and shamanic cultures, you find anywhere from four or five primary chakras all the way up to fifteen or more. There’s not really a standard number of chakras.

In my work with clients, it struck me that the seven “core” chakras we normally discuss are only the ones in the body, arrayed along the spine. But for centuries, mystics and shamans have known that we’re actually an open system, connected energetically to the entire universe. I started to focus on five major additional energy centers located outside the body. These link us to the spiritual realms and the earth itself, and they also interpenetrate the body through the endocrine glands. And I’ve learned that you can actually create more change—physically, mentally, emotionally, spiritually—working with these outer chakras, because you’re working with more powerful energies than what’s just in the body itself.

ST: Why do you think the seven-chakra system has become so prevalent?

CD: It’s our tendency to think of ourselves as closed, isolated units instead of acknowledging that we’re part of a greater whole. Research into biofields and subtle energy bodies shows that we’re interconnected. Quantum physics is revealing that particles interact even if they’re light years apart. We don’t stop at the skin—and neither do our chakras.

ST: How do the advanced techniques you teach expand chakra practice beyond healing?

CD: We run our lives through our chakras—they can be used for our spiritual growth, getting in touch with past lives, so many things. I love working with the outer five chakras because they’re so effective. The 10th chakra, for instance, is about a foot and a half  under the ground. It connects you to the earth, to nature, and the environment. That’s the key to your physical, genetic heritage. It’s parallel to the 9th chakra above the head, which contains your “soul genetics” —encoded information about your higher purpose and spiritual destiny.
Other chakras outside the body give you access to the shamanic powers for meeting your spirit guides, connect you to the Akashic records where eternal wisdom is stored, let you develop command of natural and supernatural energies, and act as your interface into the spiritual energies of the divine.

ST: How can working with the chakras benefit someone who’s had a different focus in their spiritual practice, like a meditator?

CD: The chakras are supportive. I think of them as adjuncts to absolutely any practice. For instance, we all have stronger and weaker chakras. Since there are innate abilities and gifts in each chakra, we gain a lot by knowing our “chakra personality.” That lets us define our spiritual practice, no matter what it is, and be more effective in what we’re doing. Knowing your chakra strengths also gives you insight into your emotions, your career path, diet, exercise modality, and learning style.
The purpose of this program is to give you a set of empowering tools to use in your own life and spiritual practice. These chakras within and around us give us access to the universe. They let us retrieve the information and the energies that we need for our lives. The system I teach is designed to help you open up powers and gifts that you may not even know you have. 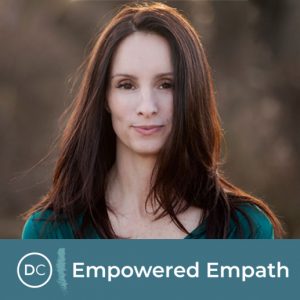